Vox: Known as the “grawlix” — a term invented by Beetle Bailey cartoonist Mort Walker — this string of symbols is almost as old as comics, extending back to the early 1900s. Comics like The Katzenjammer Kids and Lady Bountiful were truly inventing the art form and, in the process, had to figure out a way to show obscenities to kids. Enter #*@!$ like this. The grawlix performs a censorship function while, at the same time, revealing that something naughty is going on. 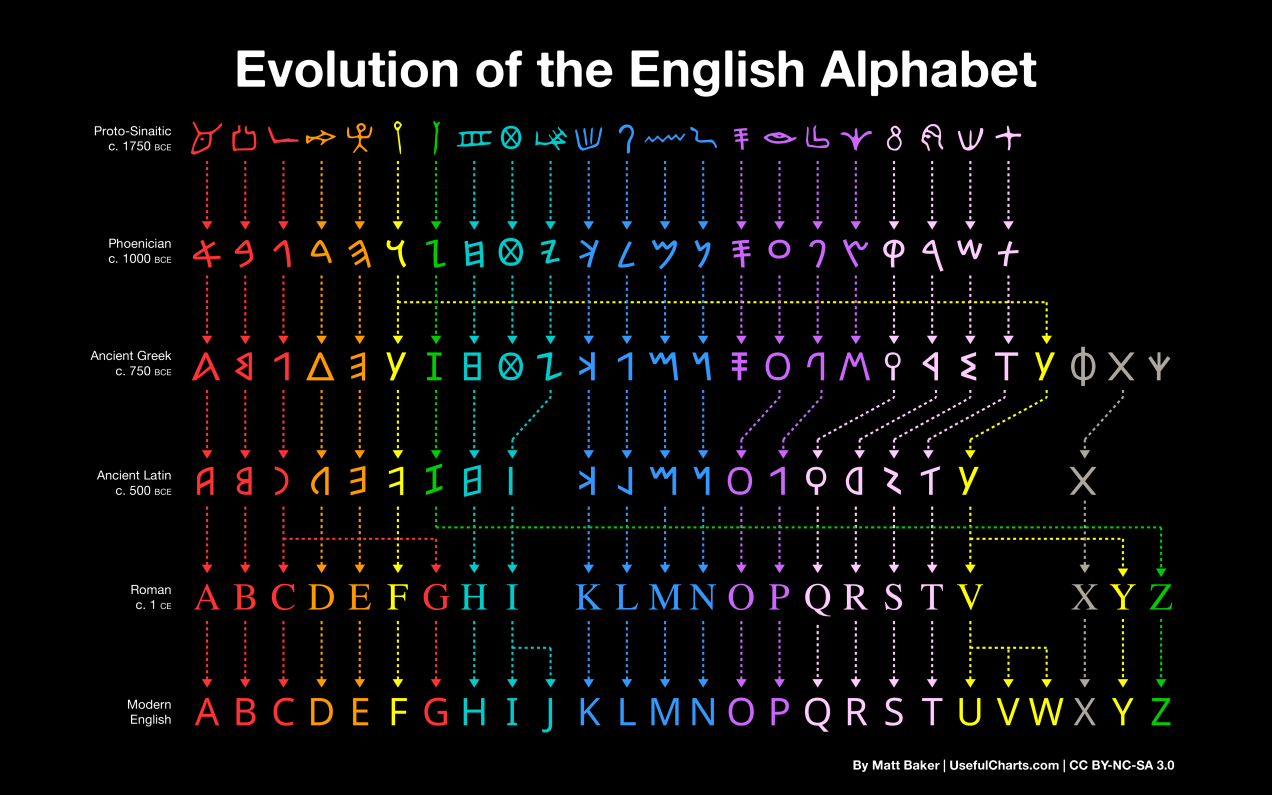 Evolution of the English Alphabet

Matt Baker: Fyi, the above chart was actually just a simplified promo for a much larger chart – a Writing Systems of the World poster. So, if you’re concerned about the fact that thorn, wynn, or any other letters are missing, rest assured that they were indeed included on the main chart.

END_OF_DOCUMENT_TOKEN_TO_BE_REPLACED

“Shouldn’t you have titled this ‘Evolution of the Latin Alphabet?'” Well, yes, that would have been correct as well. But it’s also not incorrect to refer to an “English alphabet”. Obviously, many European languages use the same Latin script. But some use a slightly different number of letters. When one is referring to the set of Latin letters used for a particular language, it’s ok to refer to that set as the “[language name] alphabet”. — Matt Baker / UsefulCharts.com

Take this test to see if you can identify the correct lowercase G. Most people can’t.

Boing Boing: In a recent Johns Hopkins experiment, only 7 out of 25 people were able to identify the correct letter. Only 2 out of 38 even knew a second lowercase “G” existed, and only 1 was able to correctly write it.

Johns Hopkins: Many researchers are thinking now that learning to write plays an important role in learning to read. People are writing less and less in our culture nowadays. This kind of gives us an intriguing way of looking at some of those questions. The main thing this makes us question is the notion that if you see something enough times you know it. There are things that we see in everyday life all the time but somehow don’t possess enough knowledge of it to access it consistently.

I was able to identify the correct ‘g’ — but it took me a moment and I’m someone who takes a particular interest in type design. I’ve actually recently been working on two typefaces of my own and I think that type designers may be partly to blame for this unfamiliarity as this character lends itself to some unconventional experimentation. The single-storey ‘g’ is probably the better choice for typefaces intended to be readily legible. 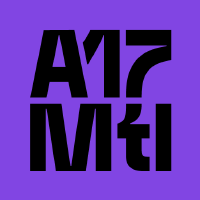 This week I have been watching lots of the talks from the ATypI 2017 Montréal type design conference. Below are just a select few that particularly inspired or intrigued me.

Shani Avni: The first Hebrew type family by Ismar David – In 1932, Ismar David emigrated to Palestine from Germany. With his knowledge of, and familiarity with, the richness of Latin type, he conceived the first Hebrew typeface family. The design process spread over two decades, during which David researched the origin of the Hebrew script and writing traditions, and experimented in search of innovative letterforms. 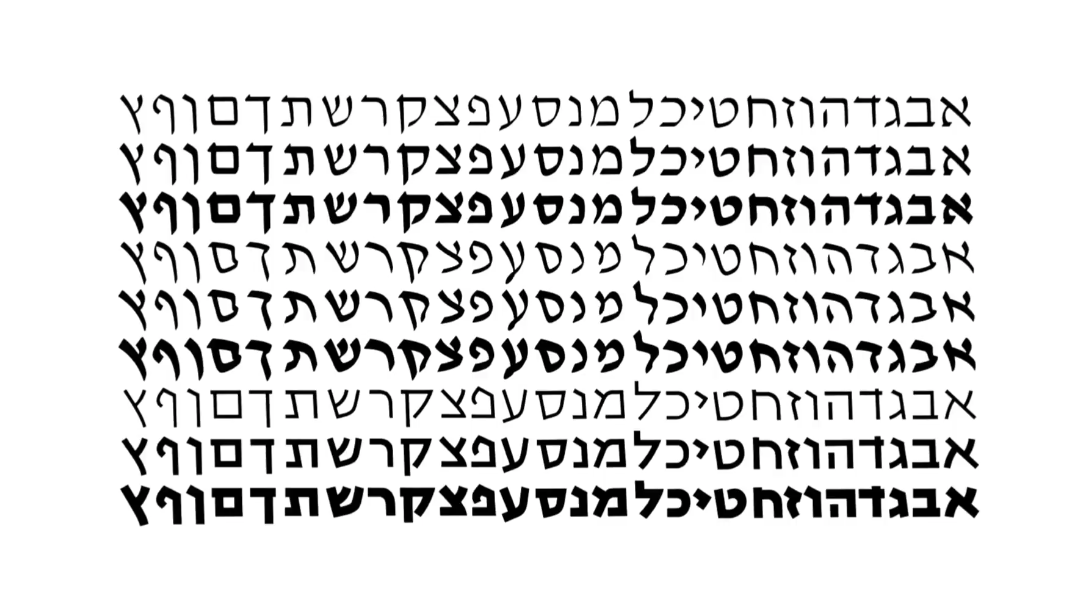 In 1954, David completed his typeface family. However, it was not fully published until 2012. Parts of it were never produced, others were rejected by the locals, leaving Hebrew typesetters short.
This talk is based on research for my MA dissertation at the University of Reading. I will present David’s design process and ground-breaking results and will share the story of this lost design, offering reasons for its disappearance.

Today, type designers are challenged with creating larger type systems of manifold scripts. The making of this typeface family is therefore presented as a case study. It is particularly relevant to those who engage in enriching type systems outside the Latin realm, as it illustrates how to draw from the prosperity of the Latin, without forcing it on a different script.

Victor Gaultney: Soon after the invention of upright roman type, an interloper entered the arena—italic. Rather than displacing roman, it wound its way into our typographic culture, becoming an essential part of languages that use the Latin script. Our written communication depends on it, yet in all the books that have been written about type design there are often only a handful of pages about this essential style.

This talk will explore the roles italic plays in our typographic culture: as a language feature, a typographic element, a historical marker, a design object, and a business product. These roles have shaped the design of italic and inspired innovation and creativity. But they have also often forced italic into a subservient position. What is the essence of italic? Has that identity survived its use as a secondary complement to roman? Is it possible that this servitude has given italic the freedom to flourish?

This is the story of how italic established itself as part of our typographic language, was transformed as it was relegated to secondary roles, and yet remains a strong and essential part of typeface design.

How *not* to draw accents

David Jonathan Ross: As a native English speaker, I draw hundreds of accented Latin characters in my fonts that I will never use myself. These can easily become a source of stress, because of their unfamiliarity and their sheer quantity; I often find myself wondering, “Am I doing this right?”

The legibility of numerals

Sofie Beier: When a reader encounters an illegible letter, he or she can draw on information from the neighbouring letters and from the sentence structure and thus make an educated guess as to what the letter might be. The same is not the case when the target is a number. In such situations, there is no additional help from the surrounding numbers or from the structure of the text. It is therefore essential that one number not be mistaken for another. In spite of this, there is very little relevant research on numeral legibility.

Legibility is one of the aspects of type design I find to be most interesting and worthwhile. Sofie Beier’s book Reading Letters is highly recommended.

Bruno Bernard: “Excoffon will be the end product of all my thinking, the sum of everything that I have accumulated during my career as a typographer.” This is how typography master Roger Excoffon would describe the typeface he was working on in 1974, a daring and uncommon oldstyle face. Unfortunately the typeface failed to be published because of a contractual misunderstanding, and Excoffon died a few years later. 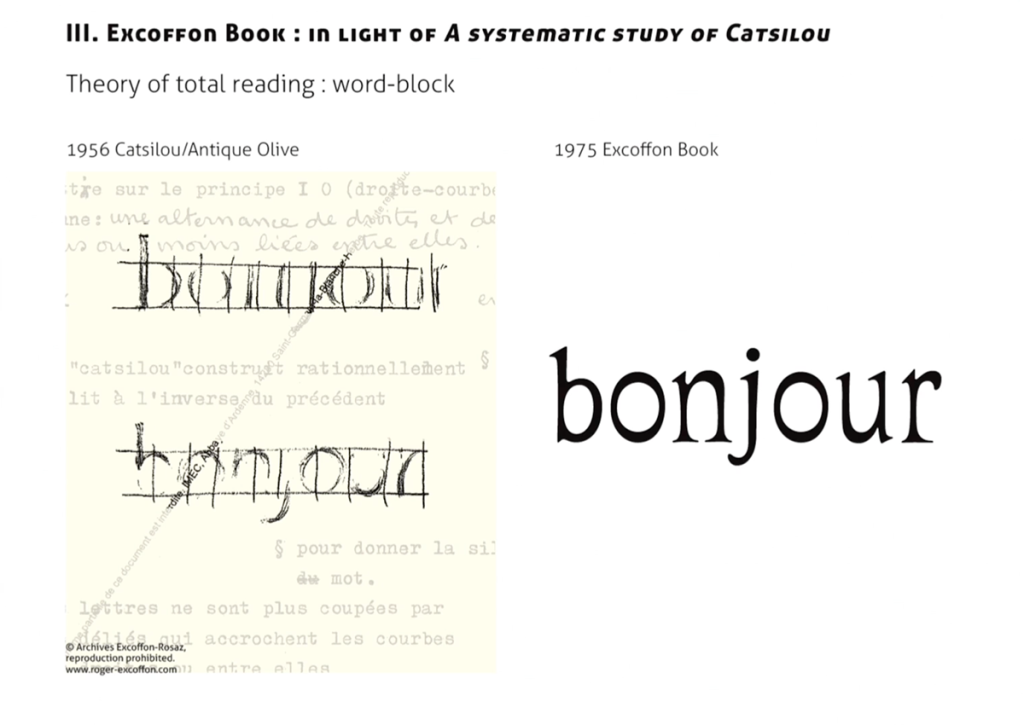 Based on Bruno Bernard’s exploration of the Excoffon archives this presentation will summarize his gatherings about this fascinating project. It will try to identify the concepts Excoffon wanted to piece together to propose new ways of thinking about type design. Finally it will raise questions about how to find the right way to value this typeface and present it to the public.

Other ATypI 2017 Montréal talks I enjoyed

What Is High Concept? Different Thoughts On Big Movie Ideas

Film Courage: What is a high concept movie idea? It’s something that has been brought up a handful of times in our interviews. We know it can be an elusive topic. Here is the best of what we have, hope you find it helpful.

Julia Evans: Blogging principles I use

“I constantly write things on this blog like “I’m not sure about this part…”. I try to not be falsely modest (when I do actually know something, I try to just state it without hedging), but when I don’t know something, I say so.”

Julia writes about technical stuff, but these guiding principles are universally applicable.

10 Letters We Dropped From The Alphabet

Austin McConnell: Think you know the English language? Here are 10 letters folks used to use, but didn’t quite stand the test of time. Elemenopee, my homies.