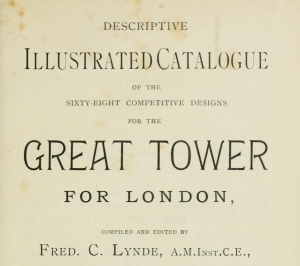 The Public Domain Review: A selection of the more inventive entries to a competition to design a new tower for London. The year previous, 1889, saw the hugely successful Eiffel Tower go up in the centre of Paris, and the good people of London, not to be outdone, decided to get one of their own. A wonderful array of designs were put forward. Many were suspiciously similar to the Eiffel Tower and many erred on the wackier side of things… 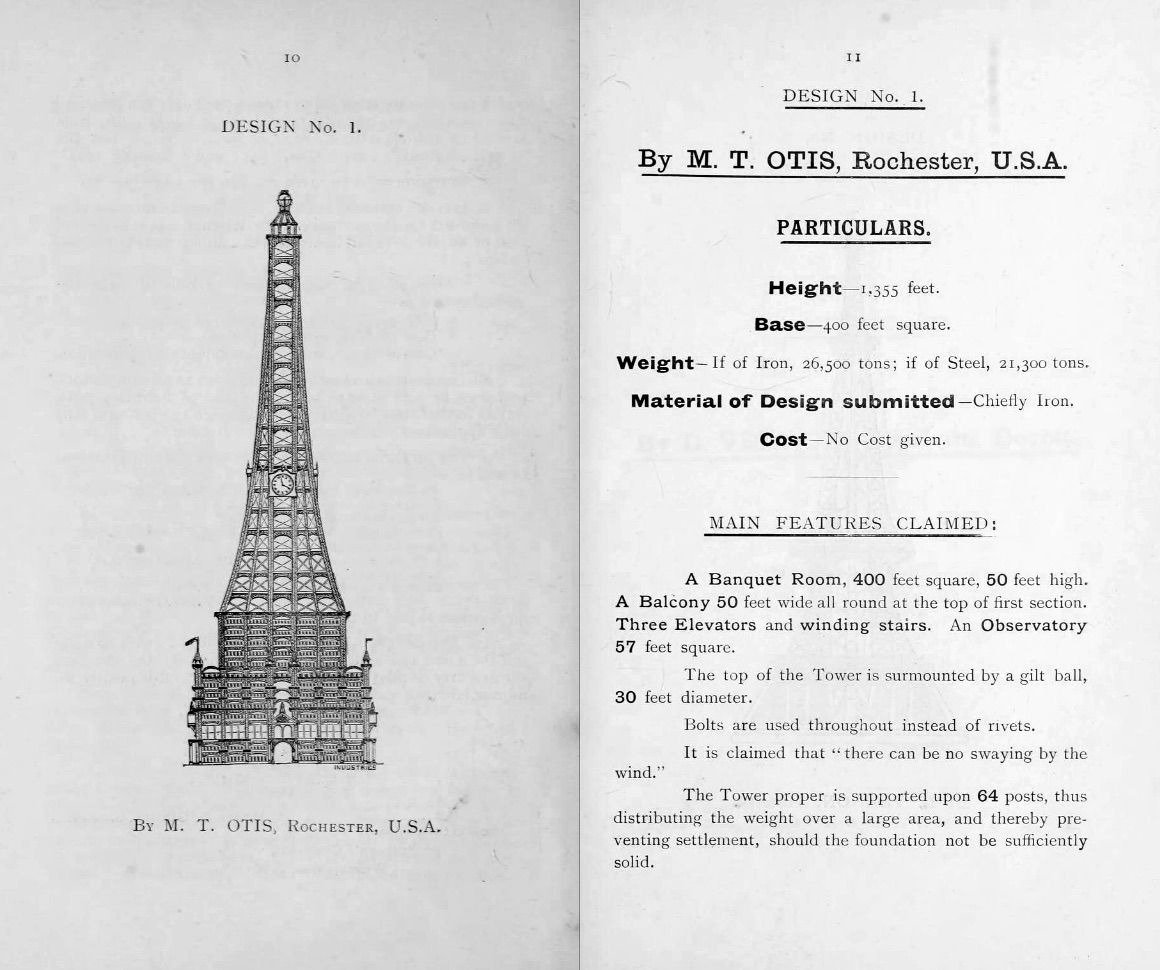 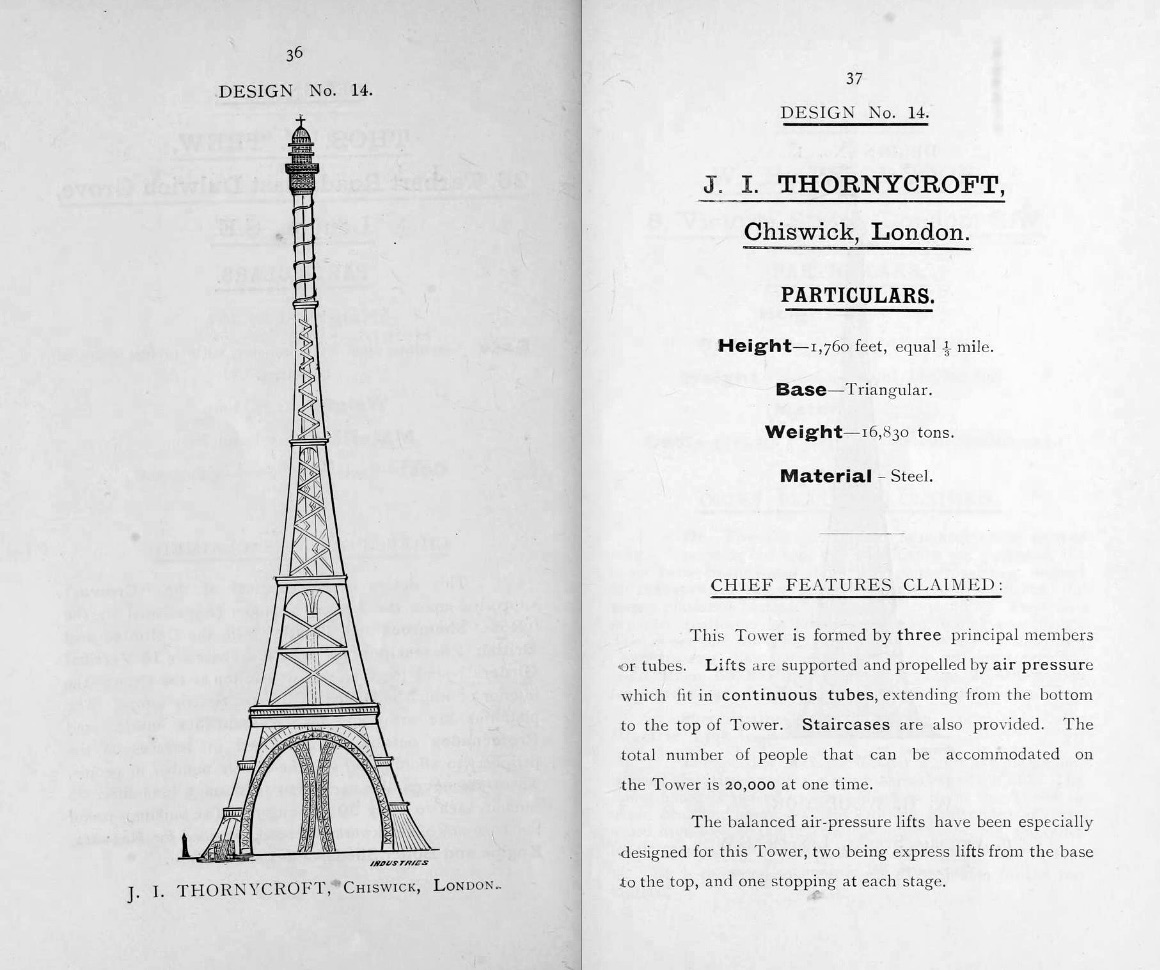 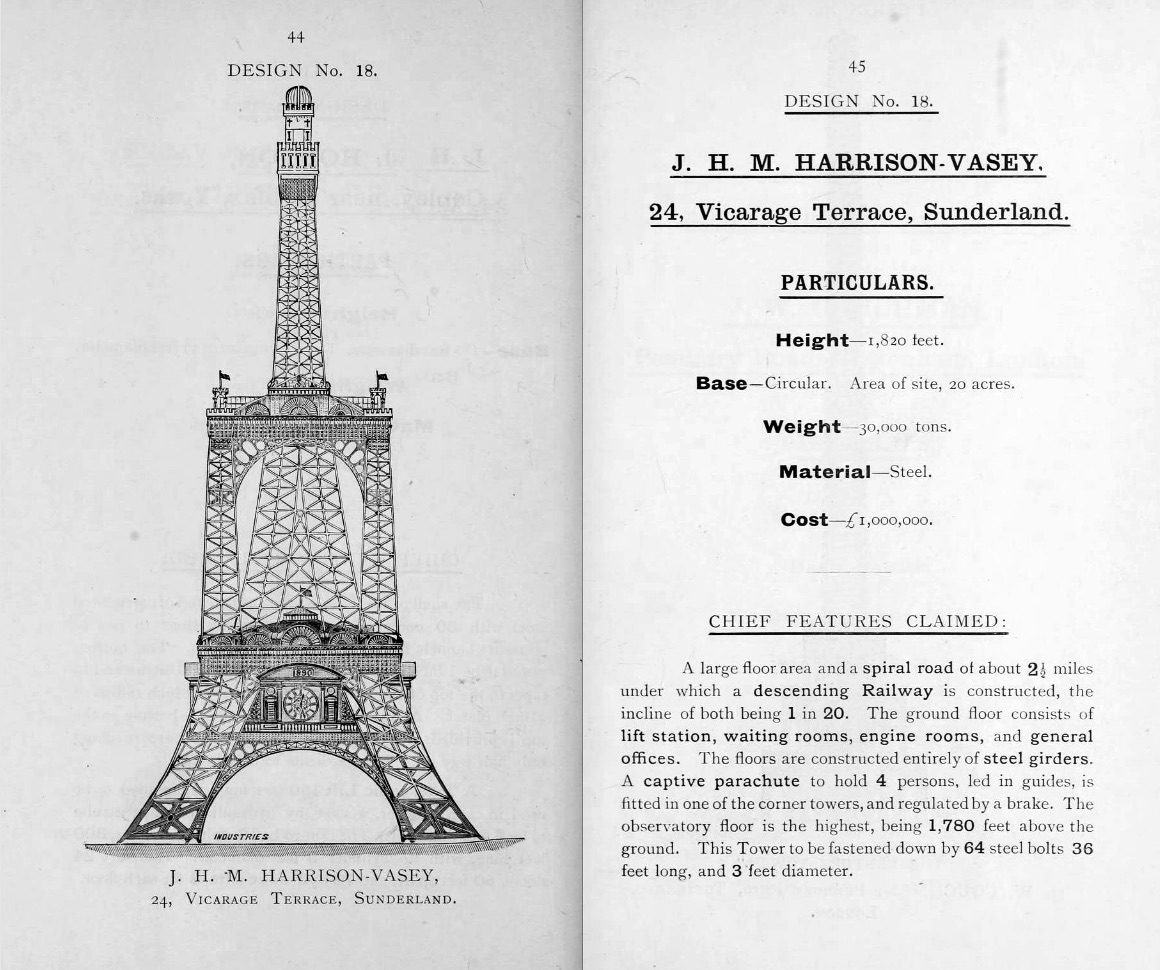 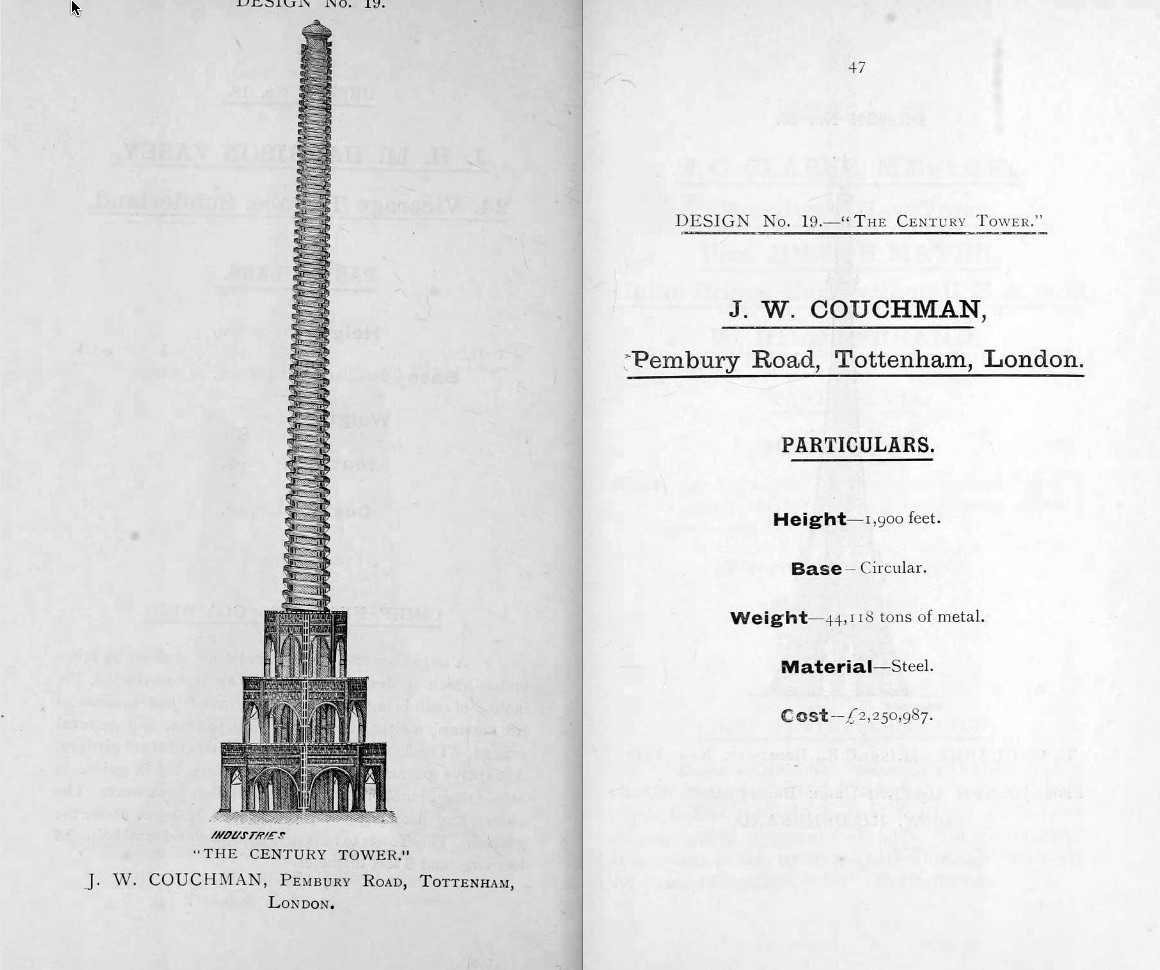 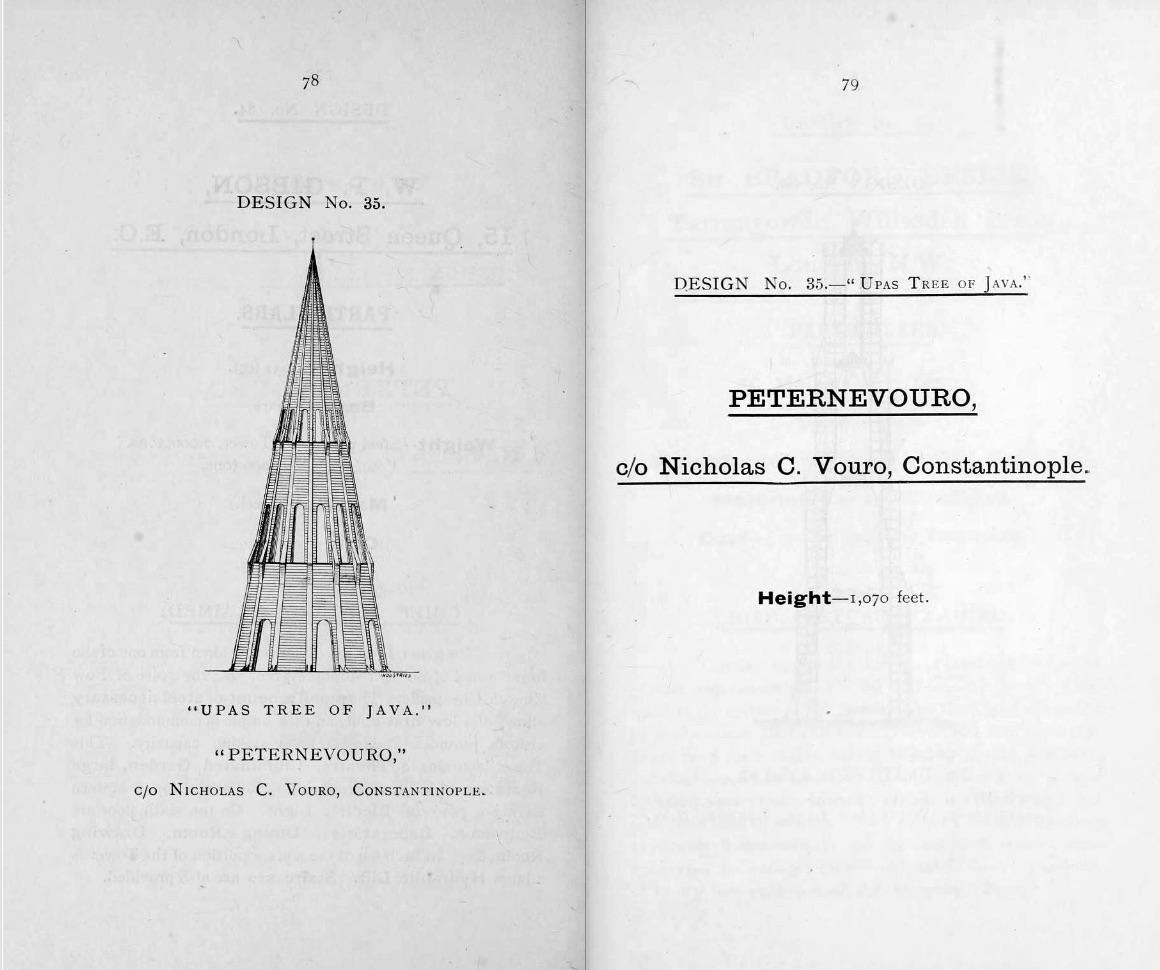 The very practical design number 37 by Stewart, McLaren and Dunn was eventually chosen to be awarded the 500 guinea prize-money and built in Wembley Park. Construction began in 1892 but the company in charge of the erection, The Metropolitan Tower Company, soon ran into problems including falling chronically behind schedule due to marshy ground and then financial difficulties which eventually led to their liquidation in 1889. Construction ceased after only 47 metres had been completed. 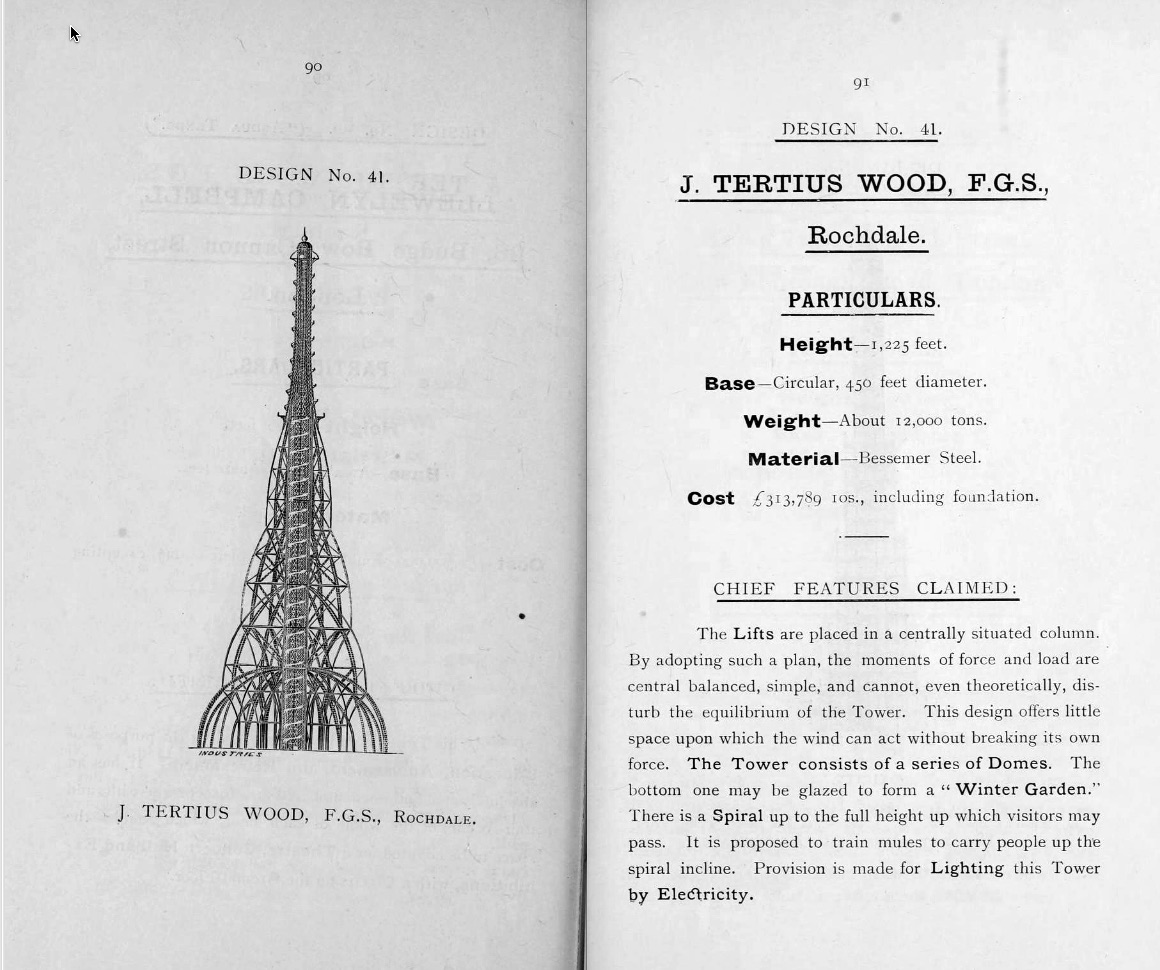 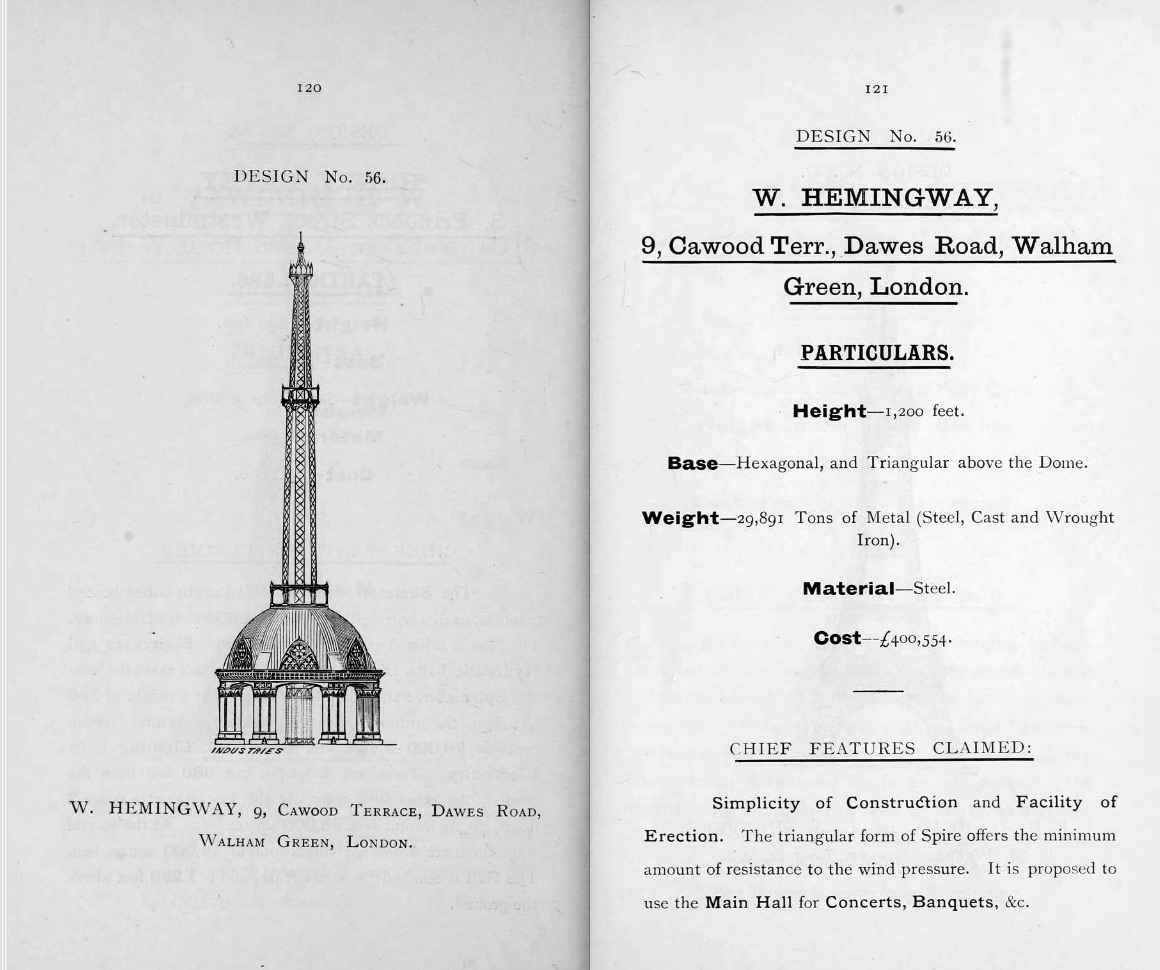 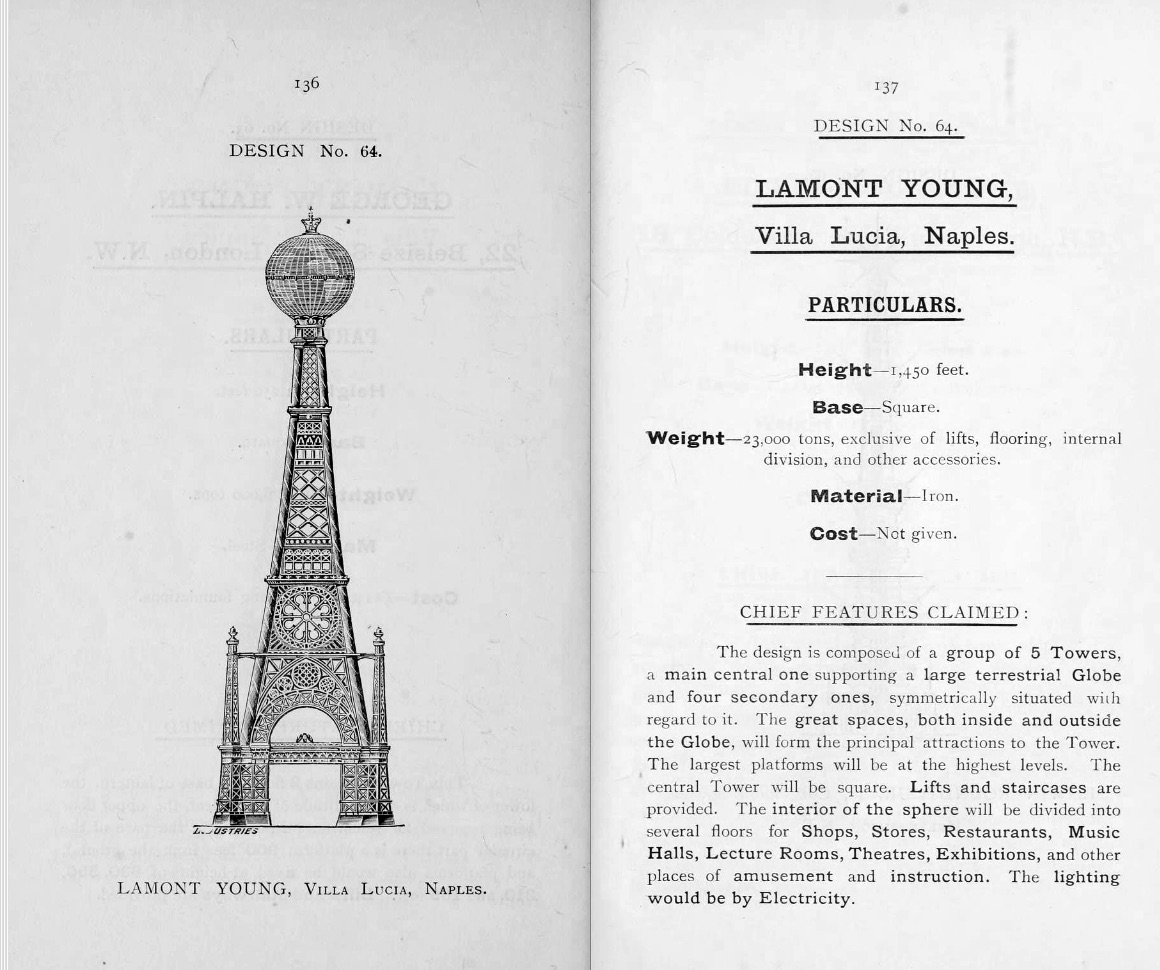 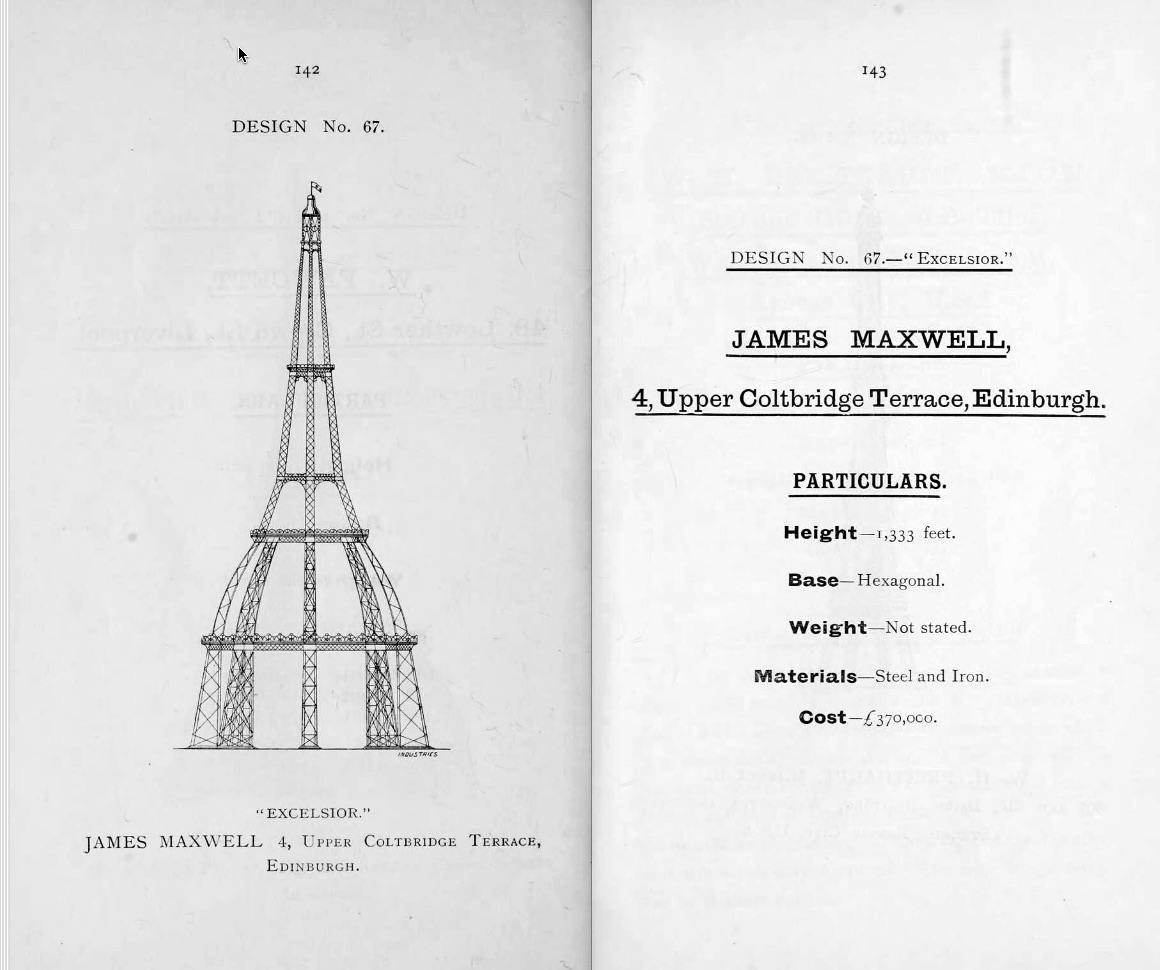 A selection of the more inventive entries to a competition to design a new tower for London.