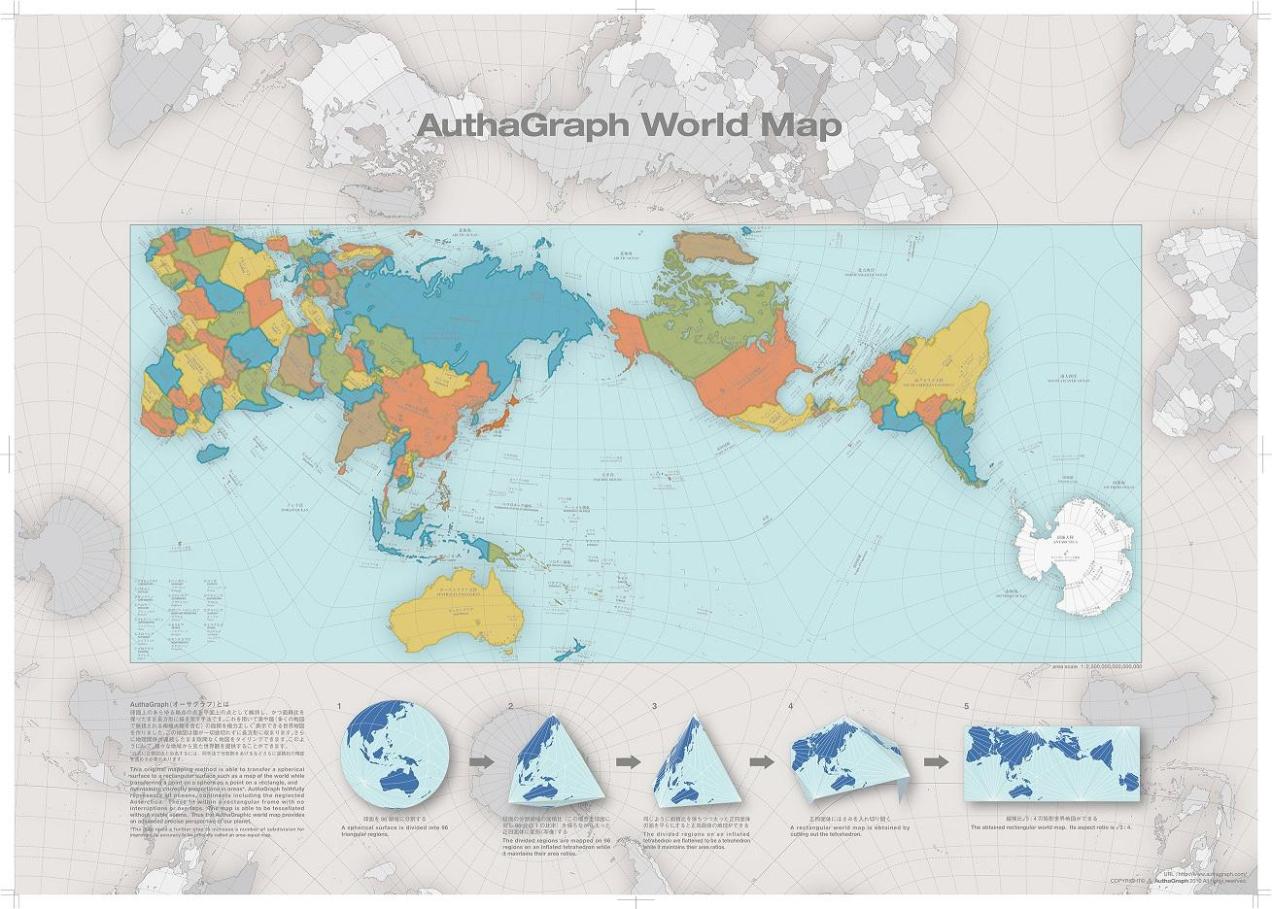 Spoon & Tamago: Tokyo-based architect and artist Hajime Narukawa has a problem with our current map and he’s been working for years to try and fix it. In 1569 geographer Gerardus Mercator revealed his world map and, to this day, it’s the generally accepted image we have of this planet. But it has major flaws in that it dramatically distorts the sizes of Antarctica and Greenland.

Narukawa developed a map projection method called AuthaGraph (and founded a company of the same name in 2009) which aims to create maps that represent all land masses and seas as accurately as possible. Narukawa points out that in the past, his map probably wasn’t as relevant. A large bulk of the 20th century was dominated by an emphasis on East and West relations. But with issues like climate change, melting glaciers in Greenland and territorial sea claims, it’s time we establish a new view of the world: one that equally perceives all interests of our planet.

“The 2016 Good Design Award results were announced recently with awards going to over 1000 entries in several different categories. But the coveted Grand Award of Japan’s most well-known design award, given to just 1 entry, was announced today. […] This year, the grand prize went to a world map.” — Spoon & Tamago