When text is rendered by a computer, sometimes characters are displayed as “tofu”. They are little boxes to indicate your device doesn’t have a font to display the text. 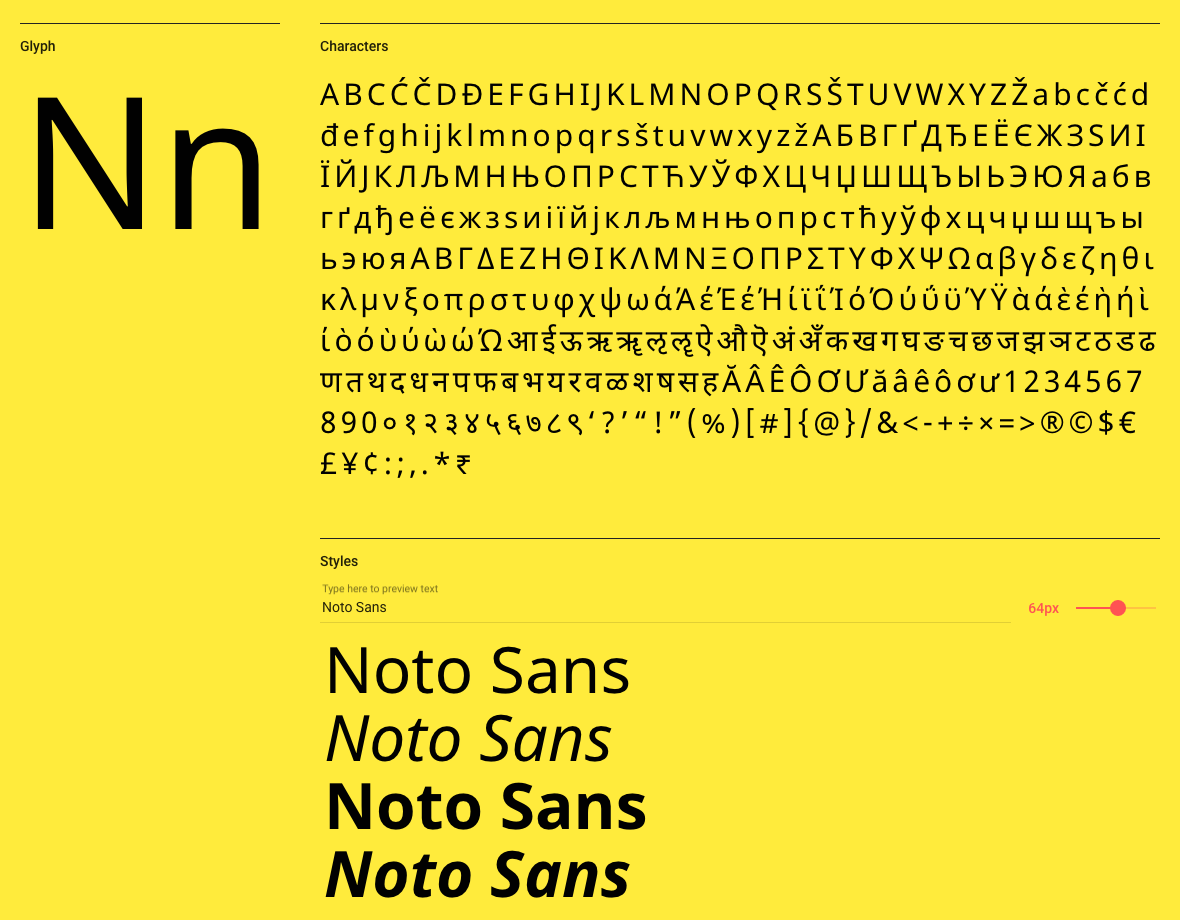 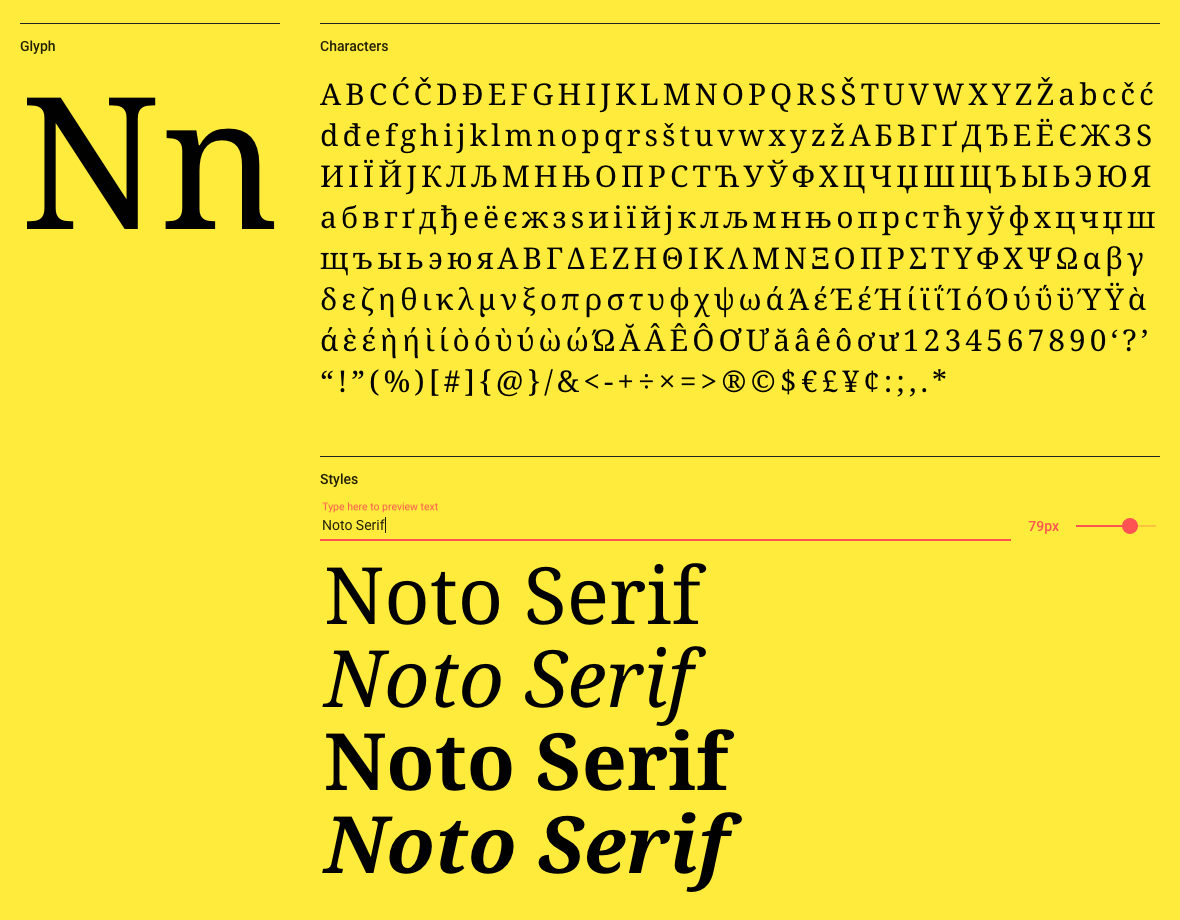 Google has been developing a font family called Noto, which aims to support all languages with a harmonious look and feel. Noto is Google’s answer to tofu. The name noto is to convey the idea that Google’s goal is to see “no more tofu”. Noto has multiple styles and weights, and is freely available to all.

Monotype: A typeface five years in the making, Google Noto spans more than 100 writing systems, 800 languages, and hundreds of thousands of characters. A collaborative effort between Google and Monotype, the Noto typeface is a truly universal method of communication for billions of people around the world accessing digital content. 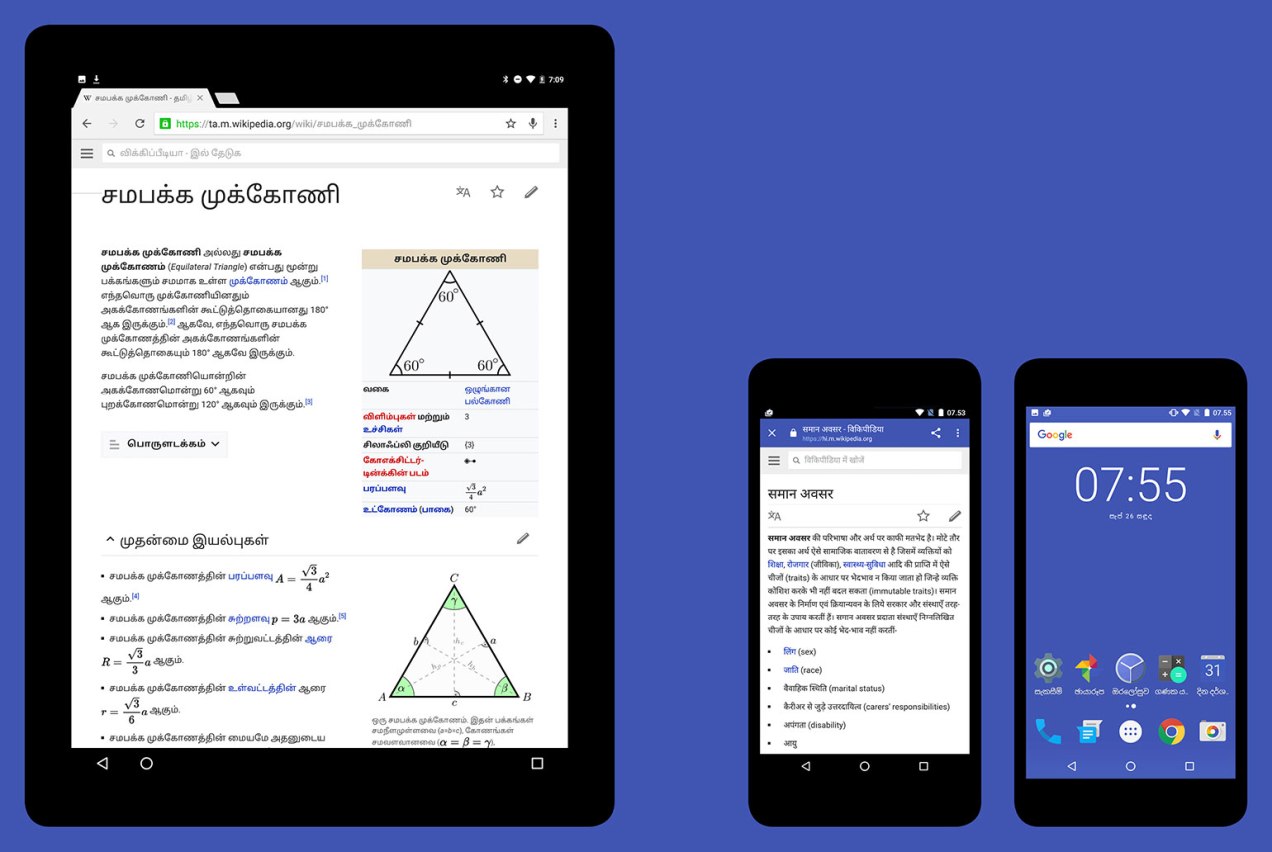 Above: Malayalam and Devanagari in-use on Android devices

TechCrunch: To be sure, there was a degree of skepticism when Google and Monotype embarked on this project, in my opinion well summed up in the words of Pakistani-American writer Ali Eteraz (quoted by NPR in 2014, when the project was already well underway):

“I tend to go back and forth. Is it sort of a benign — possibly even helpful — universalism that Google is bringing to the table? Or is it something like technological imperialism?”

Wired: But developing a typeface for 800 languages that feels cohesive yet respectful of each language’s cultural heritage created inherent tension. And making those fonts “unmistakably Google” is nearly impossible. The Tibetan script, for example, draws heavily from a calligraphic tradition, while English is more linear and geometric. The Arabic typeface is emphasized in left to right strokes, while French’s letters carry their weight in their vertical stems. Some fonts, like Runic, are so obscure that typographers at Monotype built the font from scratch using stone engravings for inspiration.

[Steve Matteson, Monotype’s creative director] designed Noto to be modern but friendly, with open counters, soft terminals, and strokes rooted in 5th century calligraphy. He avoided making Noto too austere, mostly because the shapes wouldn’t translate as nicely to other languages.

“It’s not easy to interpret fancy calligraphic languages like Tibetan into a Futura typeface model, which is all circles and straight lines.”

(Post updated to include excerpt from the Wired article)

Google has been developing a font family called Noto, which aims to support all languages with a harmonious look and feel.