[PDF on the Apple.com developer site] 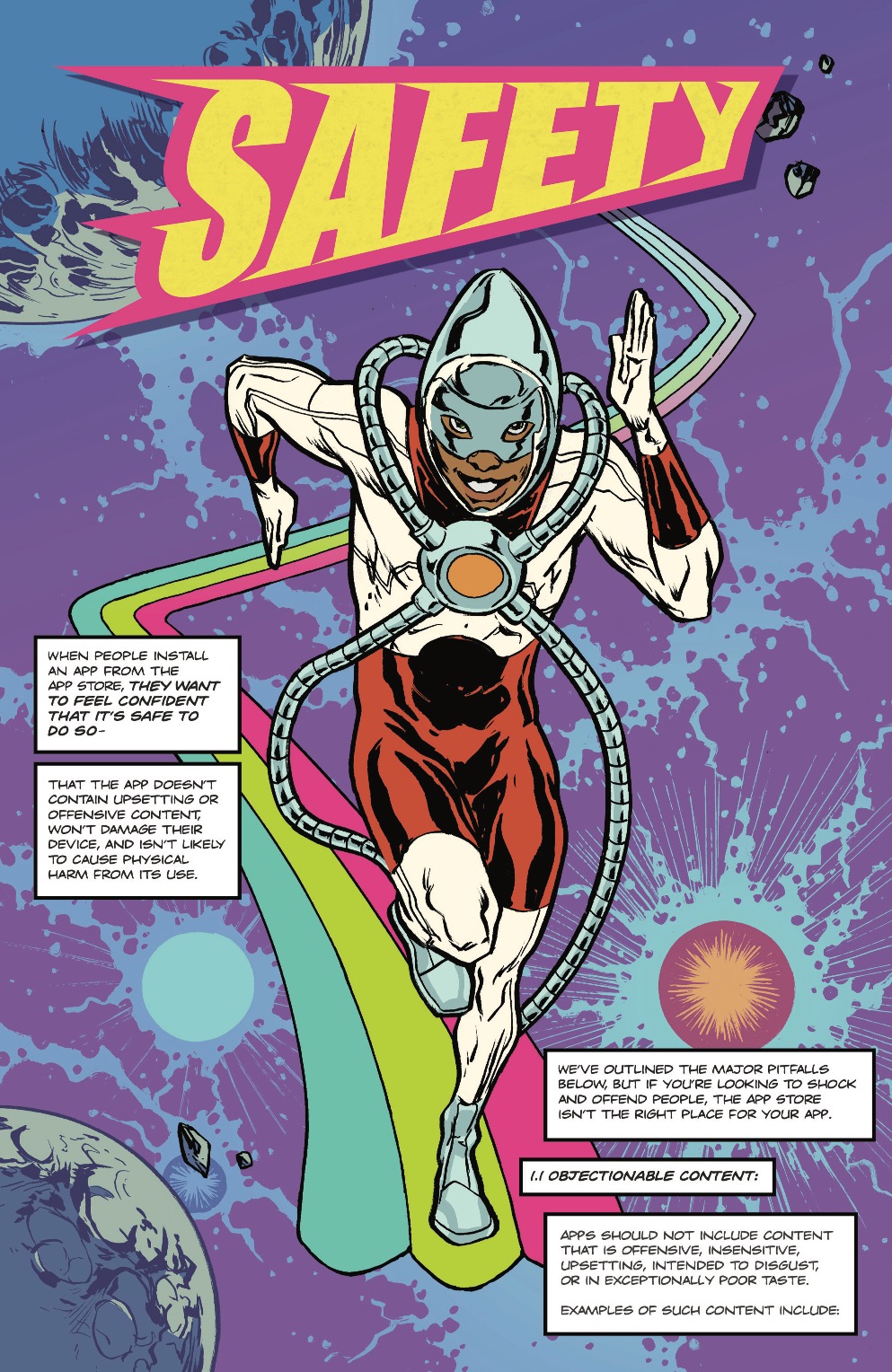 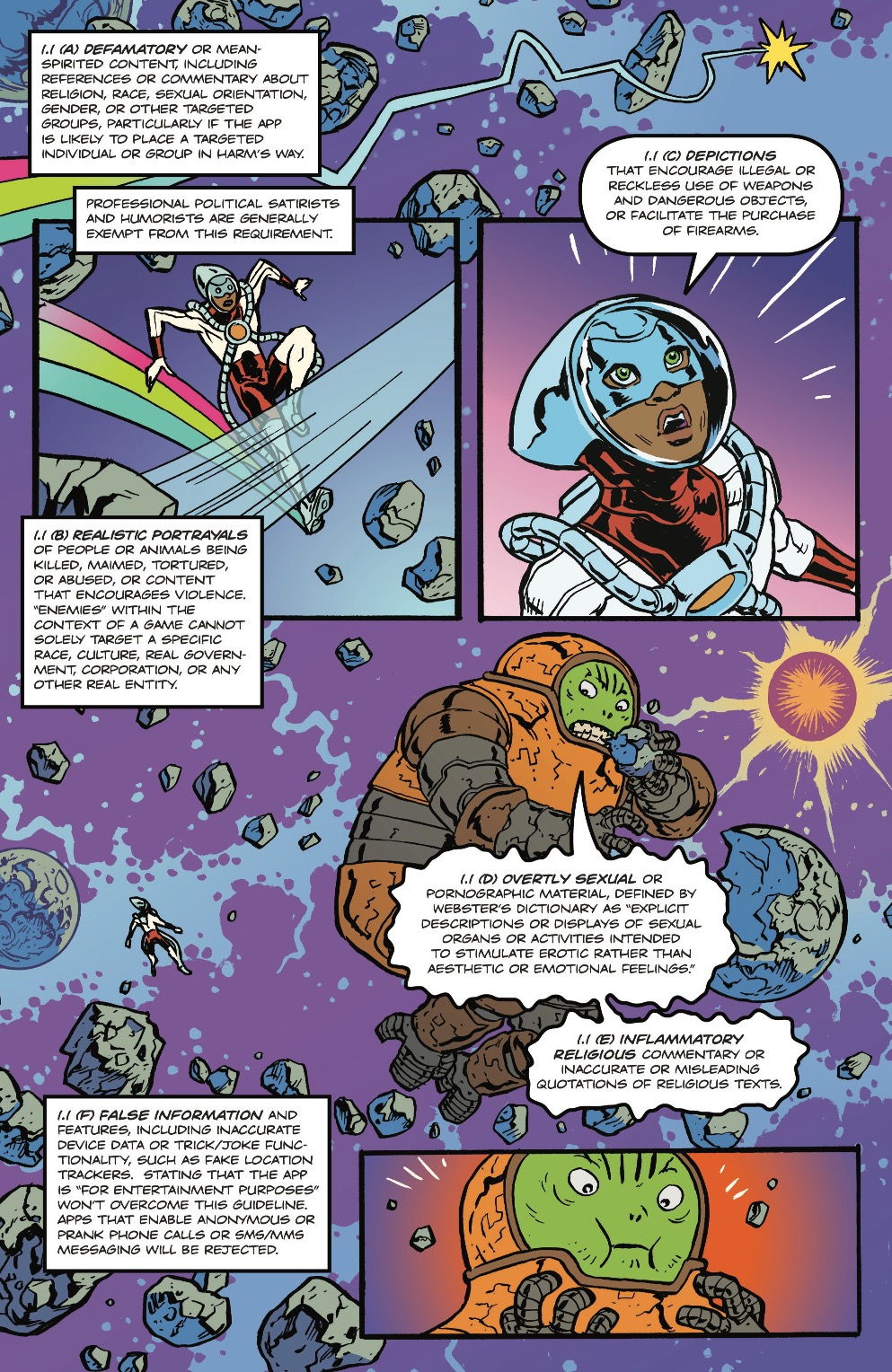 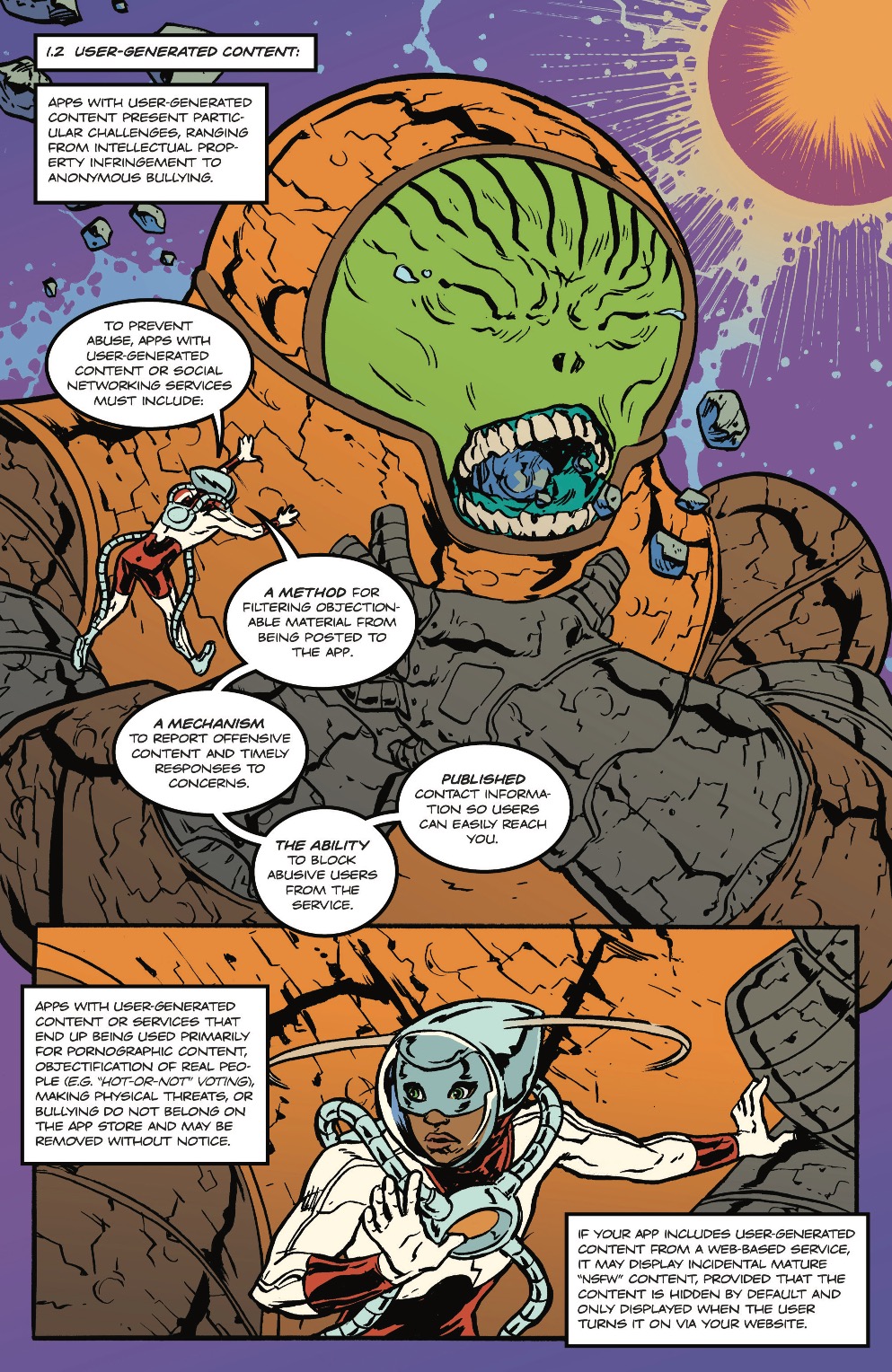 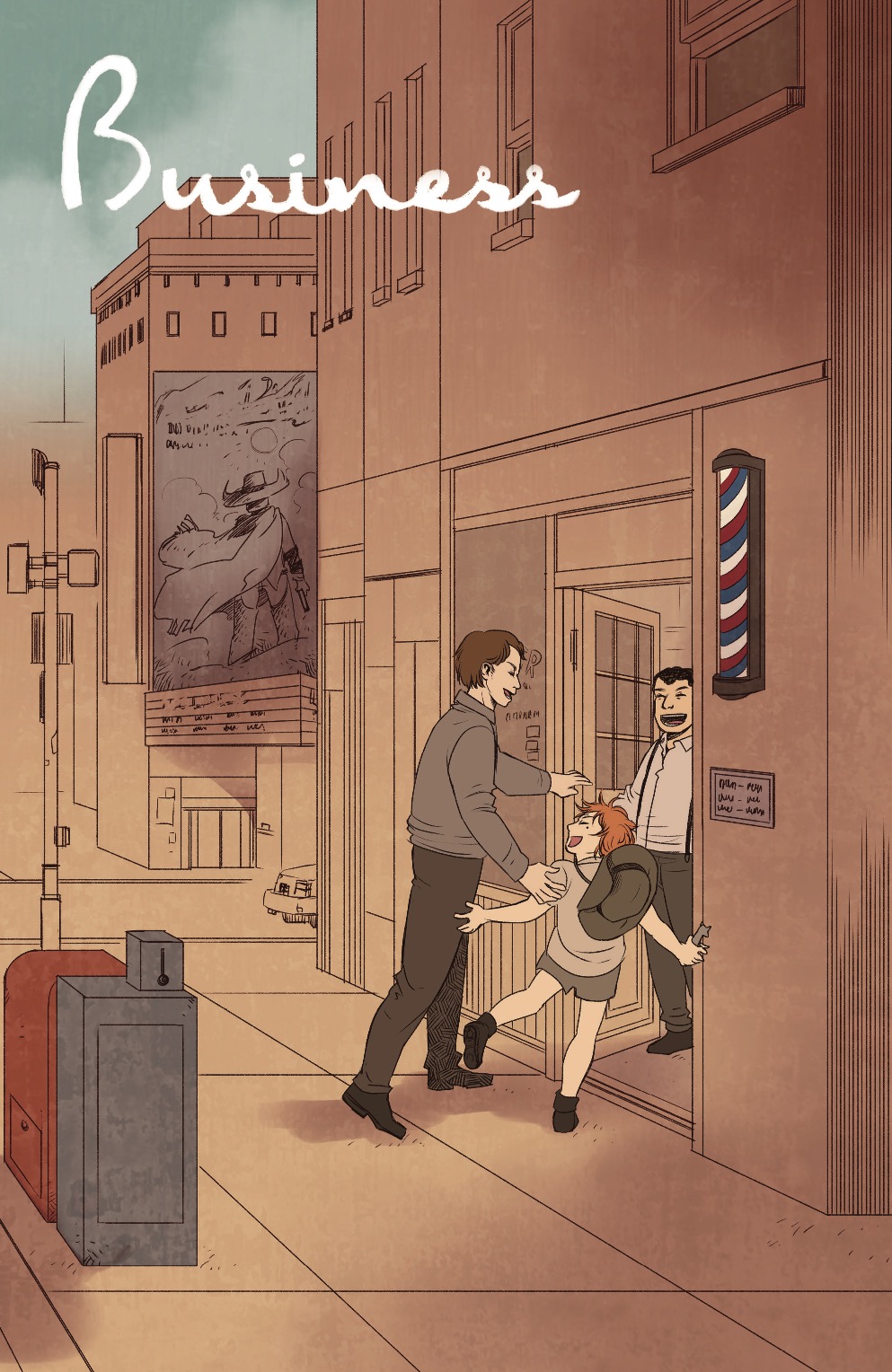 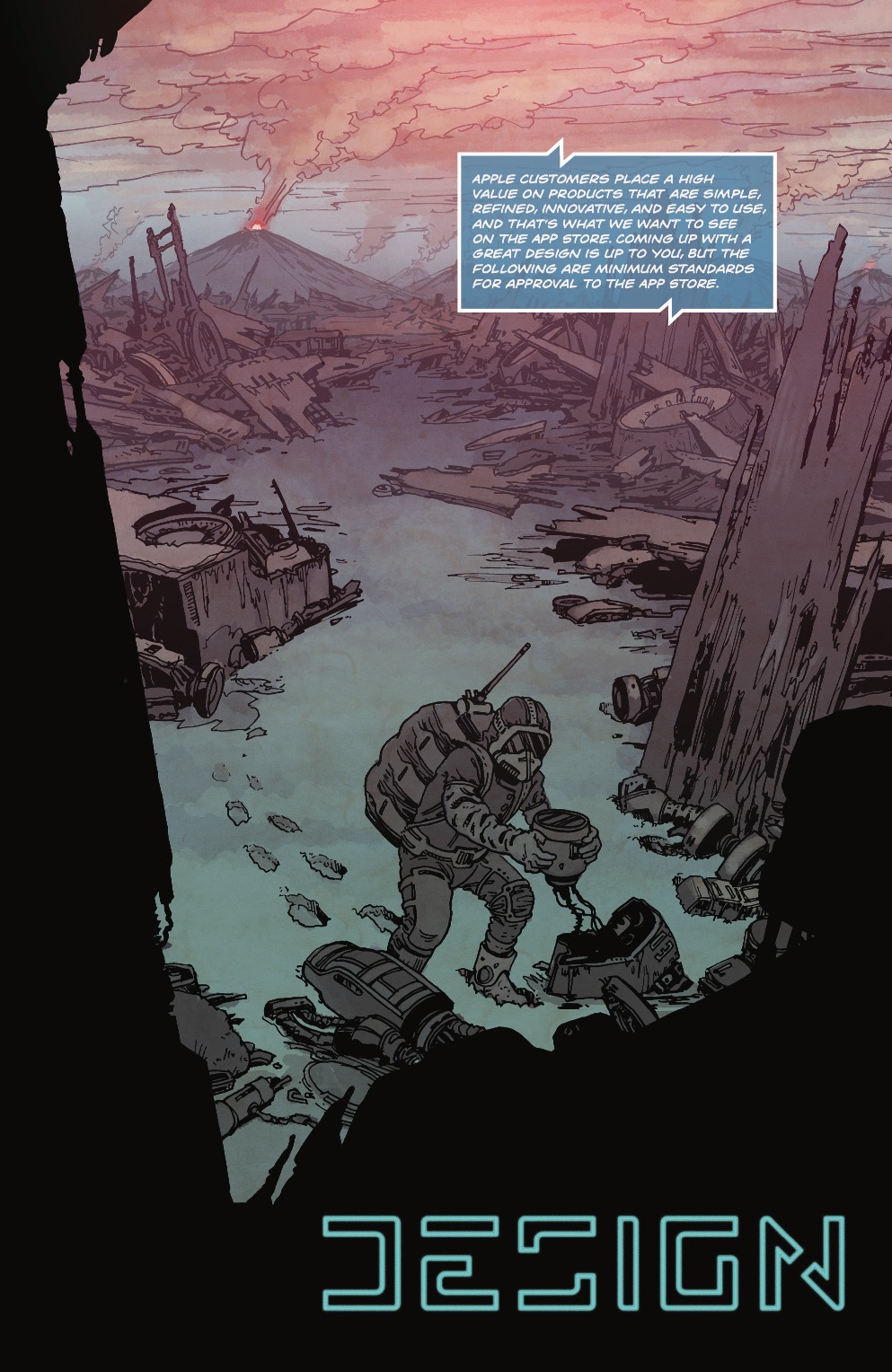 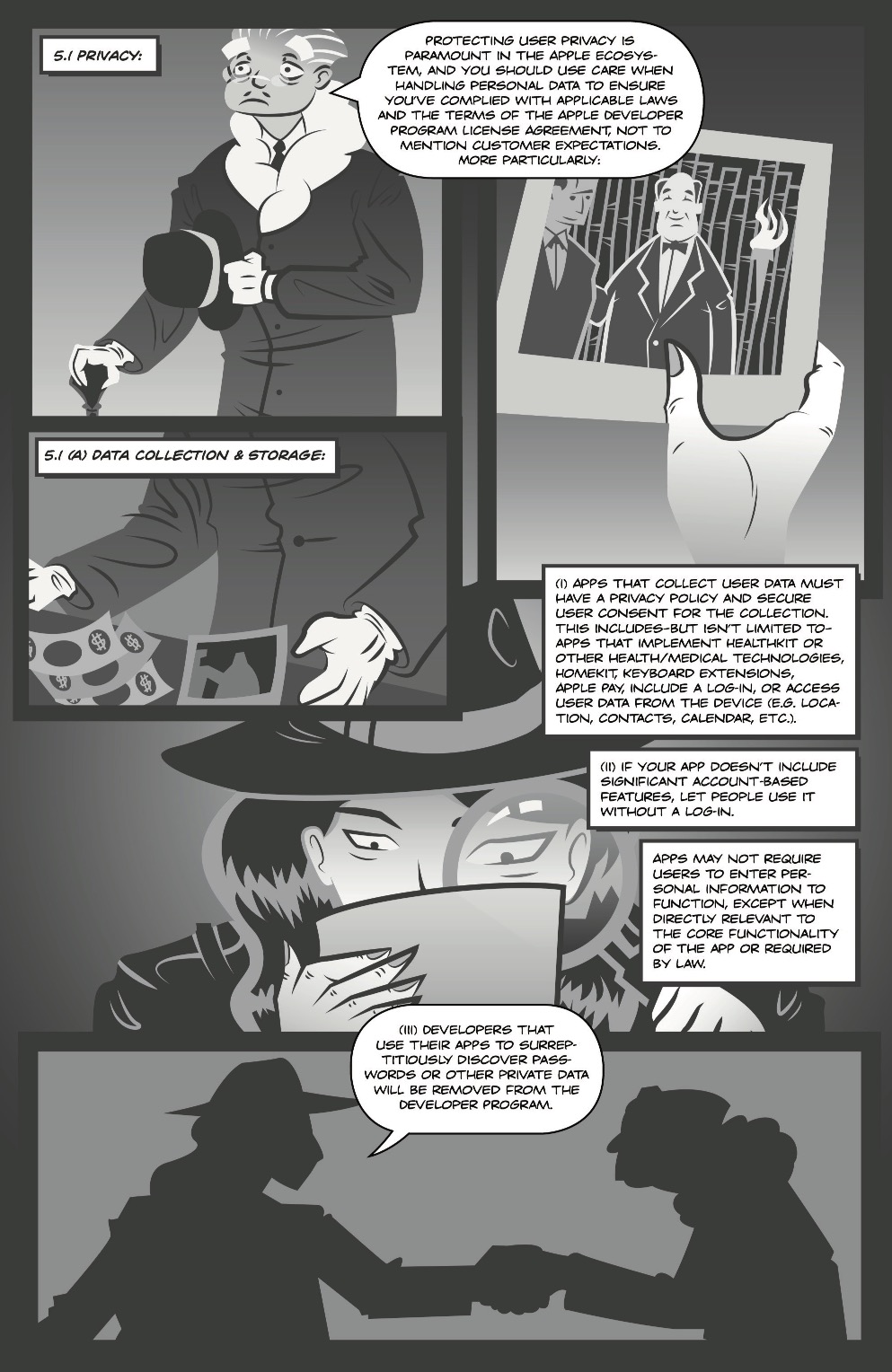 I’m really not sure what the point of this is. The art is excellent, but it’s making zero use of the comic medium to make the guidelines any more accessible. It’s the exact same legalese, with pictures. 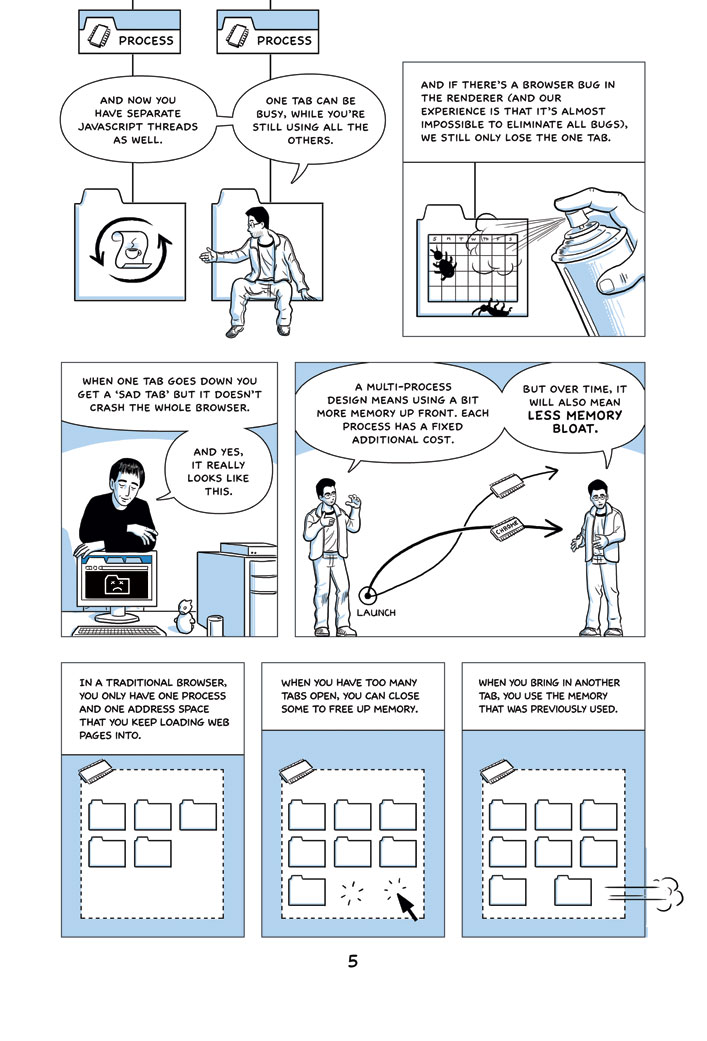 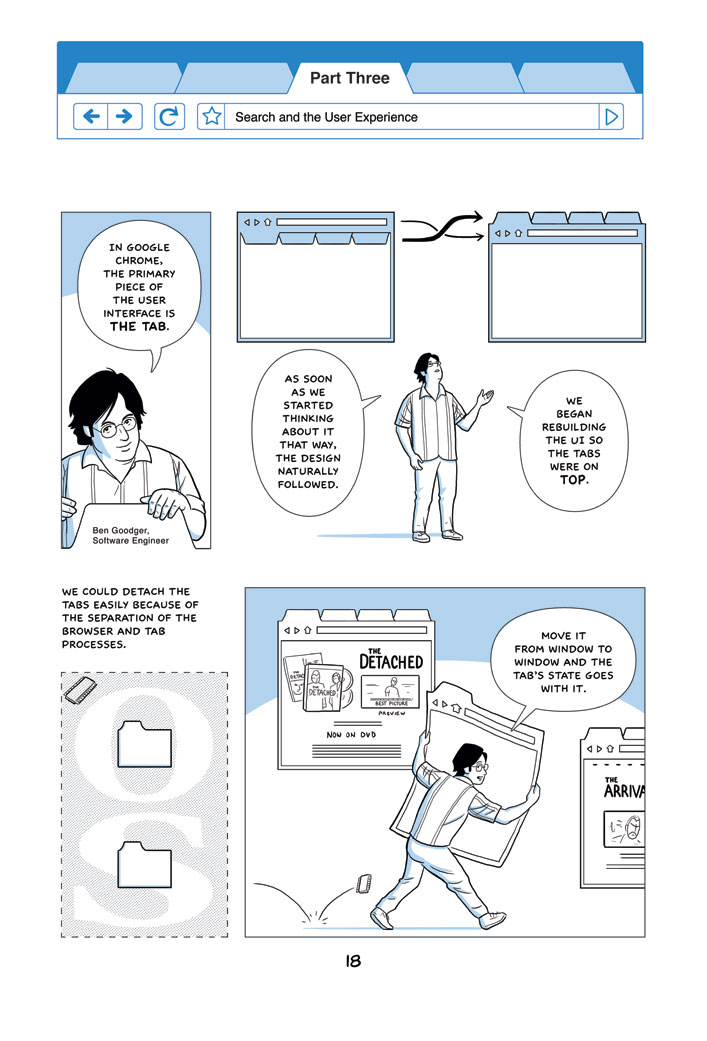 The Chrome comic explains why the engineers made certain choices, how these benefit users, and demonstrates important concepts visually. While the Apple comic has a very different subject matter, it still completely fails to use the medium to show rather than tell.

Update: I mentioned this on Twitter, and Scott McCloud himself responded…

I remember hearing about that project, but it had slipped my mind.

The complete, unabridged legal agreement, as drawn by R. Sikoryak. 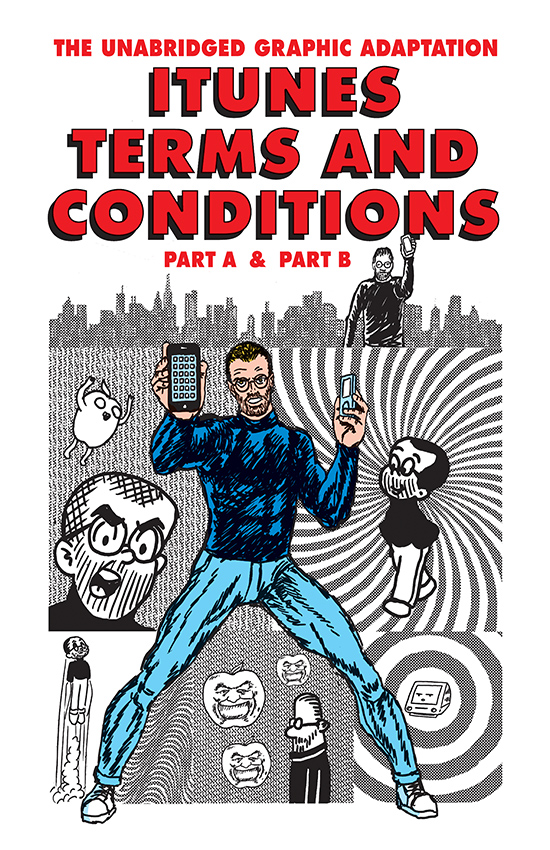 after Curtis, Bradley, and Edgington 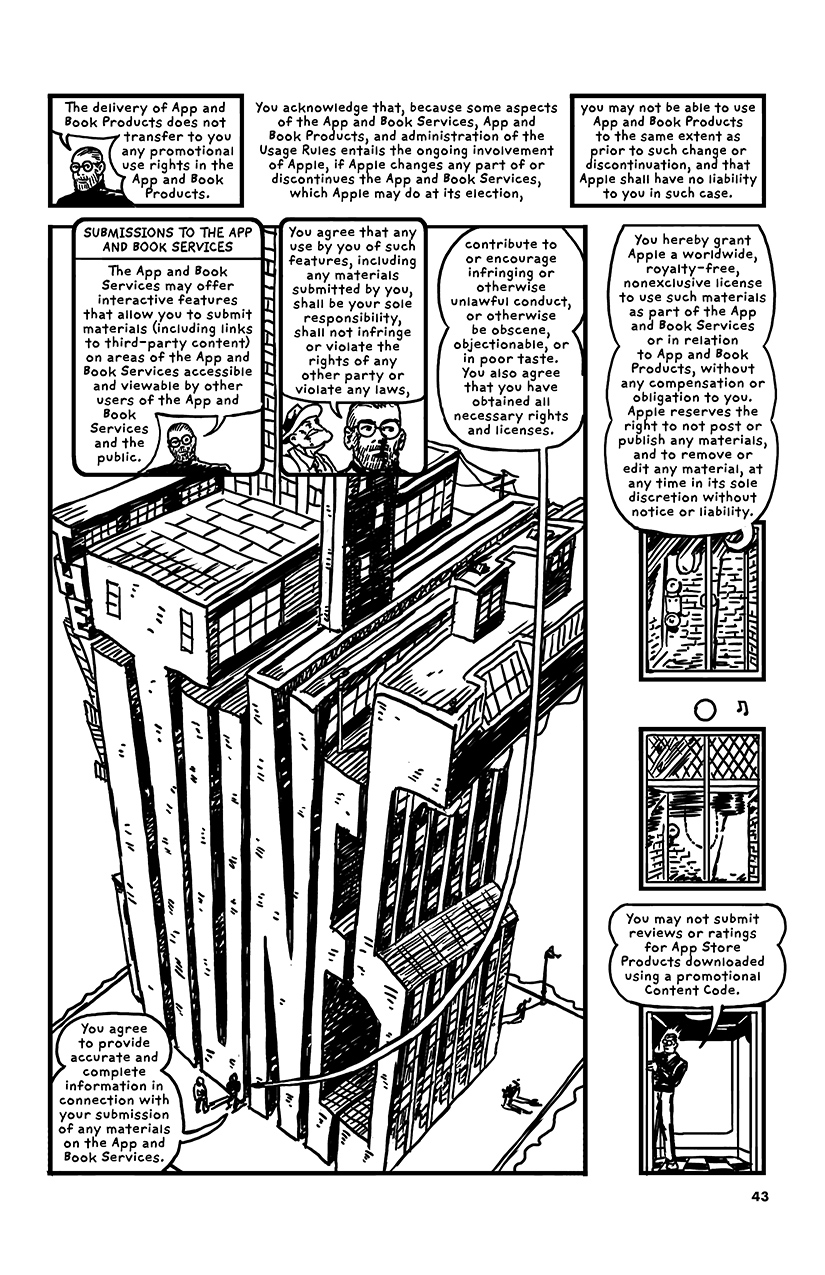 after Will Eisner, Jules Feiffer, and Jerry Grandenetti

after Don Heck and John Romita 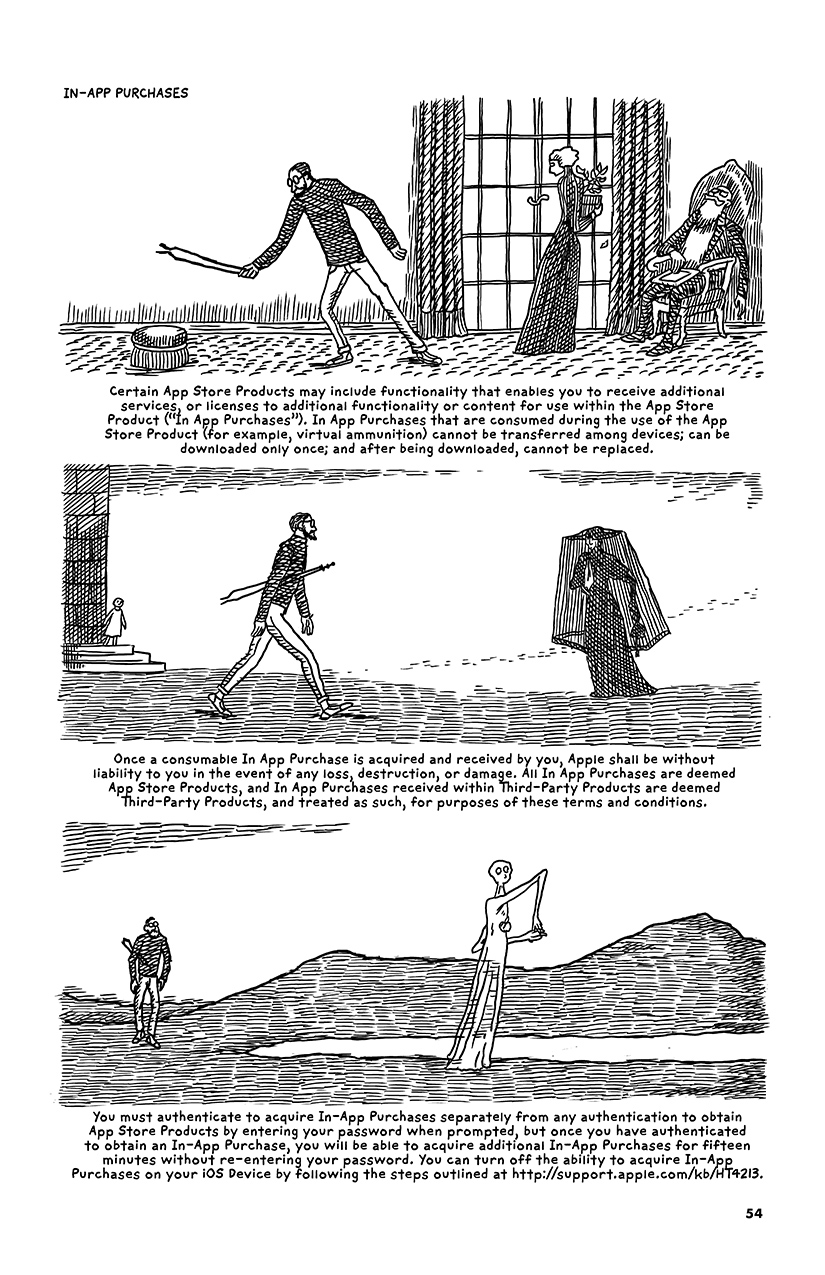 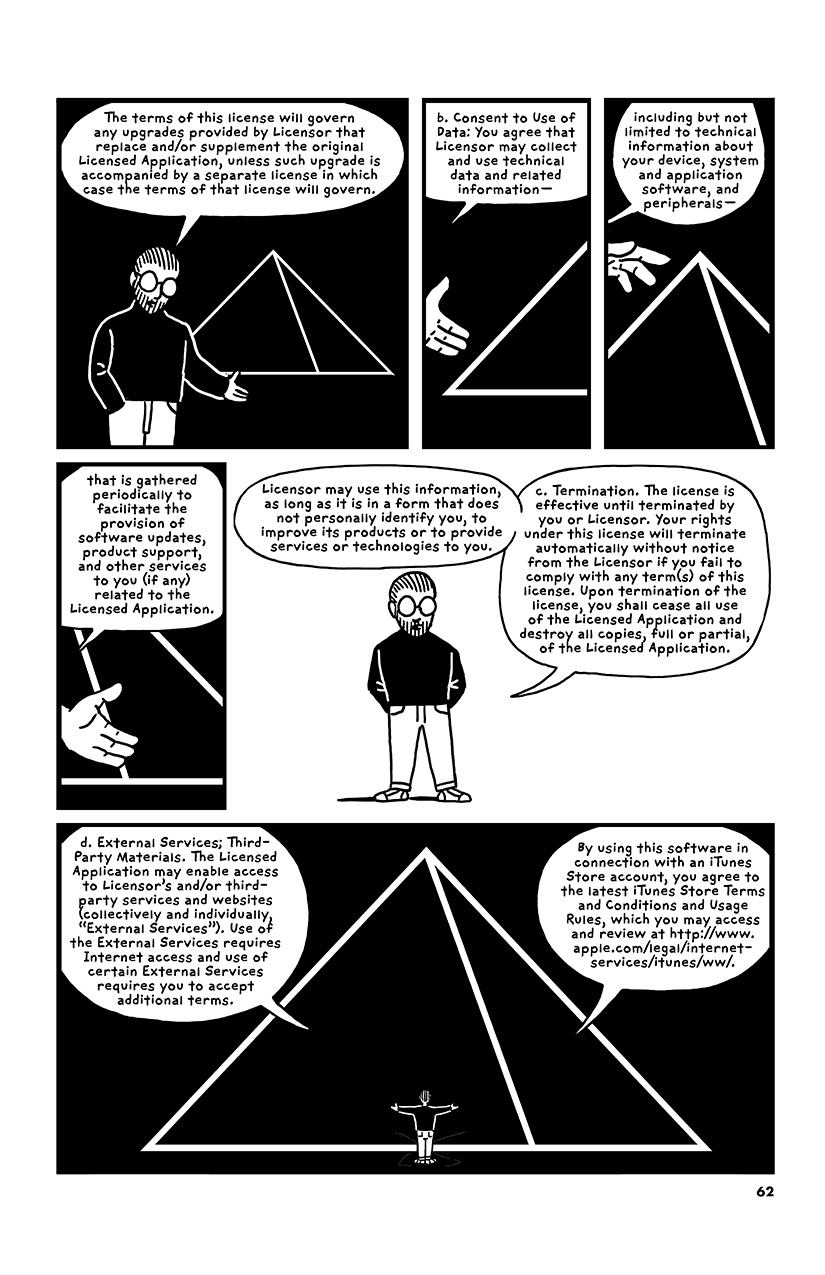 after Ian Boothby and John Costanza