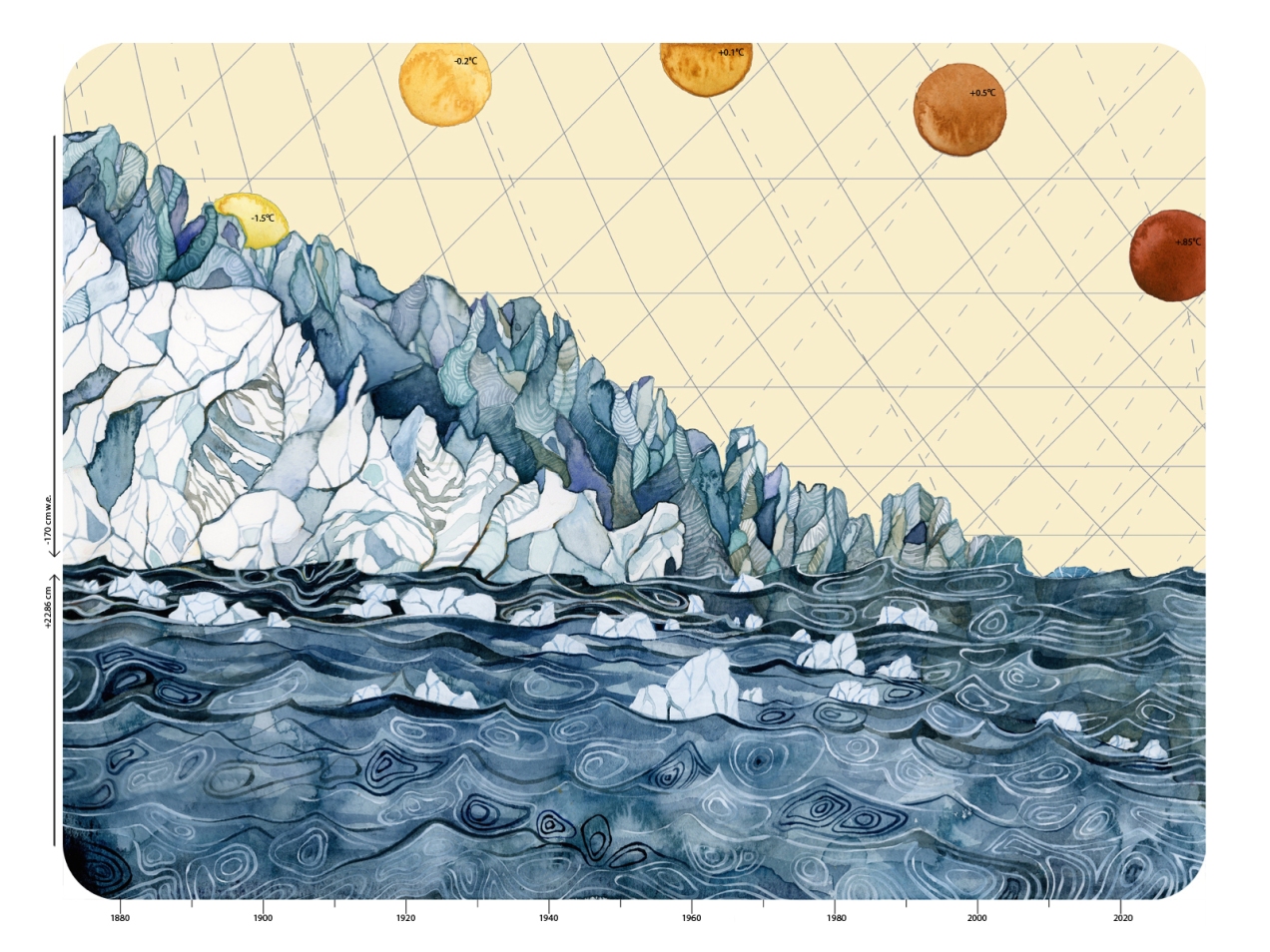 Bangor Daily News: Jill Pelto, an artist and scientist, recently completed a project as part of her honors thesis that explores the issues of human-induced climate change she has studied with her father over many years of study.

“I call it environmental art,” she said. “The way I use it is specifically to communicate particular issues.” 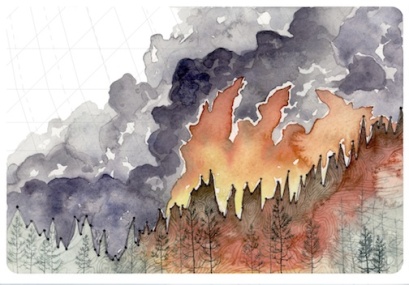 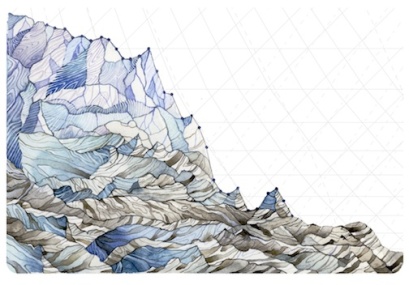 Jill Pelto made it her mission to show others the facts through unique watercolors and screen prints that illustrate the effects of climate change by integrating scientific data with her own unique artwork.

“I incorporated a graph with data points and used some sort of illustration to give a narrative about what the piece was about,” Jill Pelto said. “A lot of scientists don’t know how to communicate their research. … Since I’m involved in both the science world and the art world, I think I have a unique ability to bridge those.” 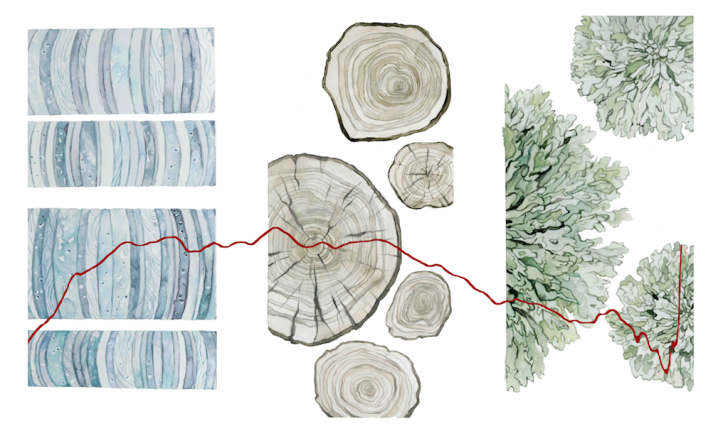 Climate Central: Her father, Mauri Pelto, is a glacier researcher who has worked in Washington’s North Cascades for decades. Glaciers there have been receding at an alarming rate, including a huge drop in 2015 following the hottest year on record for the region. The warm year also caused a large portion of precipitation to fall as rain rather than snow, further shrinking glaciers across the region.

Summer trips to the region have been a family affair since Jill was in high school and they’re what piqued her interest in making climate impacts clear.

These paintings combine imagery from the natural world with hard data showing the impact climate change is having.